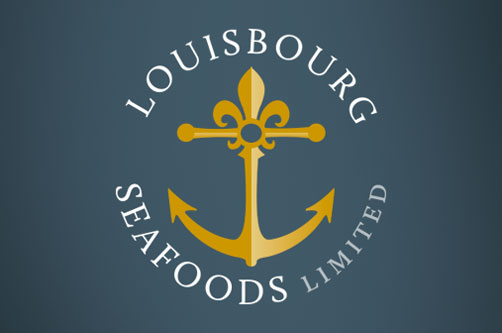 Louisbourg, NS — Louisbourg Seafoods Ltd., home of Mira Bay seafood products, continued its winning streak in Brussels as the company picked up the prestigious iTQi Crystal Award (3 stars for winning three consecutive years). This year the company received a 3-star rating for its crab product and a 2-star superior taste award for its shrimp product at the “iTQi Superior Taste Awards” held in Belgium on May 31st, 2012.

Company owner Lori Kennedy and Marketing Division representative Annette LeBlanc were in Brussels for the prestigious award ceremony. Kennedy reported, “The Superior Taste Award is the only stamp of quality in taste granted by the area’s opinion leaders that are Michelin starred Chefs and Sommeliers – we couldn’t be happier that the world’s culinary industry recognizes the quality and taste of the Louisbourg Seafoods product.”

This is the third year running that Louisbourg Seafoods has won the attention of the iTQi jury. The jury, regrouping 13 different nationalities, is composed of members of the most prestigious culinary institutions of Europe such as, the Maîtres Cuisiniers of Belgium and France, the Académie Culinaire de France, the Academy of Culinary Arts, Euro-Toques, the Federazione Italiana Cuochi, the Jeunes Restaurateurs d’Europe, the Associaciones des Cocineros de España, the Verband der Köche Deutschlands as well as the Association de la Sommellerie Internationale (ASI) for drinks.

The tasters are asked to evaluate the products as if they were in a family context rather than compare them to something to be served in their high-end restaurants. Each tested product is the subject of a sensory analysis report for which criteria such as smell, vision, taste, after-taste, texture, etc. are very precisely considered by each member of the jury.

Similarly to the famous Michelin guide of gastronomy, iTQi does not organize a competition however rewards products on their own merit. Only products having received a mark superior to 70% will be granted a Superior Taste Award of one, two or three golden stars. The scoring is as follows :

1 golden star: overall mark in between 70 and 80 % : good taste
2 golden stars: overall mark in between 80 and 90% : remarkable taste
3 golden stars: overall mark equal to or over 90% : exceptional taste
Louisbourg Seafoods is a family-operated seafood business. James and Lori Kennedy, owners, credit the iTQi awards with their levels of control and expertise at all stages of seafood production. The company harvests its product using its own fleet of vessels, and has direct control over each stage of production. Louisbourg Seafoods is commited to the conservation and care of ocean species and habitat.